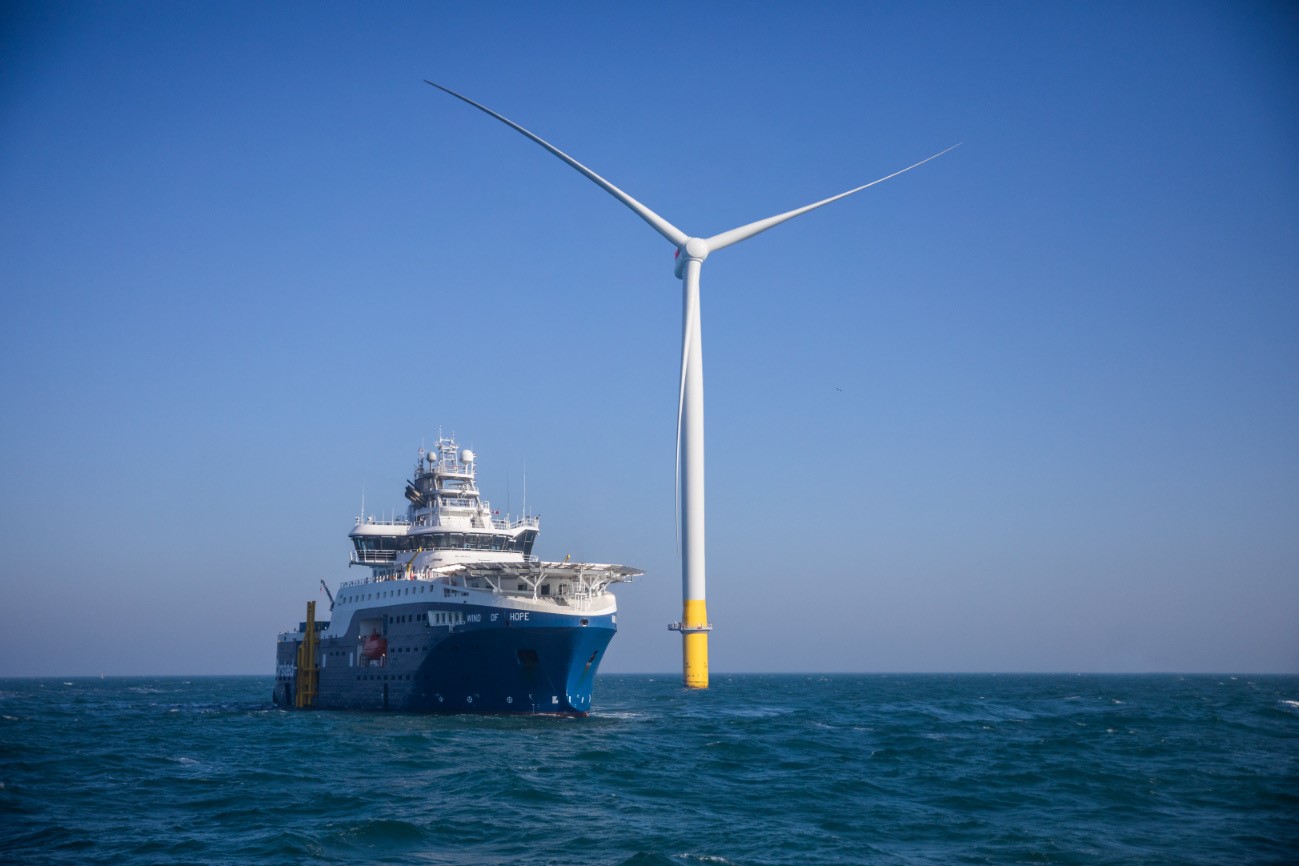 The wind farm is situated alongside its sibling Hornsea 1, which together can power 2.5 million homes and make a significant contribution to the UK Government’s ambition of having 50 GW offshore wind in operation by 2030.

The Hornsea zone, an area of the North Sea covering more than 2,000 km2, is also set to include Hornsea 3. The 2.8 GW project is planned to follow Hornsea 2 having been awarded a contract for difference from the UK government earlier this year.

Hornsea 2 has played a key role in the ongoing development of a larger and sustainably competitive UK supply chain to support the next phase of the UK’s offshore wind success story. In the past five years alone, Ørsted has placed major contracts with nearly 200 UK suppliers. Ørsted has invested GBP 4.5 billion in the UK supply chain to date and expects to make another GBP 8.6 billion of UK supply chain investments over the next decade.

Ørsted now has 13 operational offshore wind farms in the UK, providing 6.2GW of renewable electricity for the UK – enough to power more than 7 million homes. Hornsea 2 makes a significant contribution to Ørsted’s global ambition of installing 30 GW offshore wind by 2030. Ørsted currently has approx. 8.9 GW offshore wind in operation, approx. 2.2 GW under construction, and another approx. 11 GW of awarded capacity under development including Hornsea 3.

Duncan Clark, Head of Region UK at Ørsted, said: "The UK is truly a world leader in offshore wind and the completion of Hornsea 2 is a tremendous milestone for the offshore wind industry, not just in the UK but globally. Current global events highlight more than ever the importance of landmark renewable energy projects like Hornsea 2, helping the UK increase the security and resilience of its energy supply and drive down costs for consumers by reducing dependence on expensive fossil fuels.”

He continued: “Not only will Hornsea 2 provide low cost, clean energy for millions of homes in the UK, it has also delivered thousands of high-quality jobs and billions of pounds of investment in the UK’s offshore wind supply chain. We look forward to working with government and industry colleagues to continue to accelerate the deployment of offshore wind for the benefit of homes and businesses across the country.”

Just over a year ago, Ørsted announced its 1000th turbine in UK water and welcomed a state-of-the-art new service operations vessel to its fleet, Wind of Hope.

The Ørsted vision is a world that runs entirely on green energy. Ørsted develops, constructs, and operates offshore and onshore wind farms, solar farms, energy storage facilities, renewable hydrogen and green fuels facilities, and bioenergy plants. Moreover, Ørsted provides energy products to its customers. Ørsted is the only energy company in the world with a science-based net-zero emissions target as validated by the Science Based Targets initiative (SBTi), and Ørsted aims to deliver a net-positive biodiversity impact from all new renewable energy projects it commissions from 2030 at the latest. Ørsted ranks as the world’s most sustainable energy company in Corporate Knights' 2022 index of the Global 100 most sustainable corporations in the world and is recognised on the CDP Climate Change A List as a global leader on climate action. Headquartered in Denmark, Ørsted employs 7,292 people. Ørsted's shares are listed on Nasdaq Copenhagen (Orsted). In 2021, the group's revenue was DKK 77.7 billion (EUR 10.4 billion). Visit orsted.com or follow us on Facebook, LinkedIn, Instagram, and Twitter.